THANK YOU for signing up for the Flash Fiction Breaktime newsletter. It’s called flash fiction, because it just takes two or three minutes to read … in other words, a perfect size for a fiction break in the middle of your everyday. It will come quarterly from now on in January, April, July, and October. And December if I’m in a Christmas mood!

In case you missed it, here is your first Flash Fiction Breaktime…

Ever since her teenage granddaughter, Jewel, had shown her a video of a flash mob on the internet on TubeYou—or whatever it was called, it had been on the list.

It was just what the senior center needed to spice things up from the usual Bingo and quilting routine, so she had dragged Jewel around—constantly urging her to quit giggling and attracting attention of the others—to show the video to a few of her friends.

So there they sat, eating their ham and scalloped potatoes for lunch separately, each pretending nothing special was going on. Jewel sat with her. She’d smuggled her portable stereo and her Eye-Pod—whatever it was called—in her backpack for them.

She watched the clock like a hawk. Five more minutes, then three, then one. Then the clock finally showed 1:07. She grinned at Jewel and stood up, with the other five, praying they wouldn’t give anyone a heart attack. They pumped their fists in the air and yelled into the quiet of the lunchroom.

Then Jewel started her Eye-Pod, and the music came through the stereo, pumping a strong beat.

She and her friends stomped, danced, rolled wheelchairs back and forth, twisted, and turned. Just as they’d practiced. She let the music take over. Certainly she was far too old for cool dance moves, but she could enjoy the music. It was her bucket list, after all.

The other seniors first gaped, then one at a time, they began laughing and clapping along.

But it was when she saw Jewel in corner with her Eye-Pod laughing so hard she was crying, that’s when she really started to have fun. 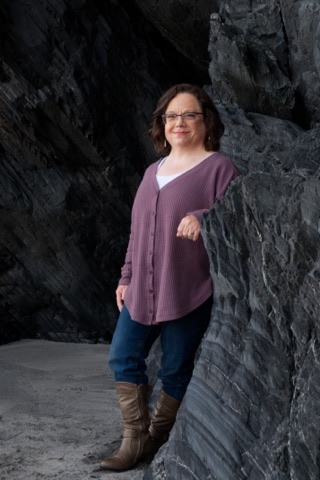